Monkey is a class with a very unusual playstyle. He casts more slowly than other characters, but redraws at quadruple speed and always casts all of the coins in his hand. Since the latter can be an advantage or drawback, Monkey can be a very difficult class to play for beginners. In order to play well as Monkey, the player must learn the effects of all the coins they carry.[1] 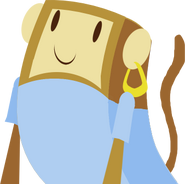 Beta art for Monkey
Add a photo to this gallery

Retrieved from "https://coin-crypt.fandom.com/wiki/Monkey?oldid=6346"
Community content is available under CC-BY-SA unless otherwise noted.